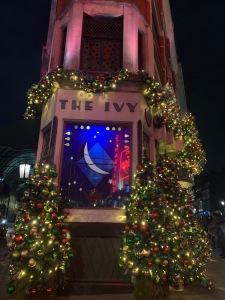 I just thought I’d take the chance to close the year with a catch up of what’s been happening recently and a glimpse of what’s to come in 2020.

I’ve had a busy few weeks, including several trips to London. One for the Romantic Novelists’ Association’s Winter Party and Industry Awards, another for my publisher’s Christmas party at The Ivy and one earlier this week to meet with my agent and discuss plans for next year.  So, much as I enjoy going to capital, I think I’m now all Londoned out!

It was publication day for The Birthday Girl in Germany (Penguin Verlag) at the beginning of the month. They’ve gone for the same cover but just given the colours a bit of a tweak.

Don’t forget you can sign up to my newsletter here  From this you’ll get a chance to find out what’s happening in my writing world, sneak previews, early news, exclusive content, the chance to win prizes, book recommendations and more. In the new year I’ll hopefully be able to share with you some book news of my next book and what I plan to do in the coming year. 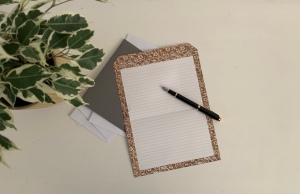 I’ve read some fabulous books this year, some of which I’ve given a shout out to in my newsletter. To be honest, I’m a slow reader so I’ve only actually read 3 or 4 books either paperback or ebook and the rest have been audio books. I can get through one of them in a matter of days as I listen to them when I’m doing other things, like driving, preparing dinner, dog walking or before I go to sleep. In fact, I love audio so much, I’ve got through over 40 books that way since the beginning of the year.

Looking ahead into 2020, if you’re in the Portsmouth area on Friday 5th March and fancy joining me and several other authors for a chat about romance and whether it’s all ‘fluff and kittens’ (hint: two mystery and suspense writers are on the panel, so probably not), we’d love to see you there. Here’s the link Portsmouth Book Fest

I’ve just finished decorating my tree at home and although I’ll be working right up to Christmas, I wanted to take the opportunity to round off the year with a MASSIVE thank you to all my readers who have been as supportive as ever with the publications of Schoolgirl Missing and The Dead Wife this year – I really appreciate all your tweets, shares, comments, reviews and messages, it’s what keeps me writing.

Wishing you all a merry Christmas/peaceful break and very best wishes for 2020!

Living in rural Cambridgeshire as a child for several years, while my parents sampled the ‘Good Life’, we had lots of pets and animals – dogs, farm cats, chickens, ferrets and a pony.  But it’s the dogs in particular that deserve a mention. My eldest brother had a tendency to rescue, adopt or foster any four legged canine that needed looking after. Fortunately, we had plenty of land and outbuildings for our guests, which included, a Jack Russell, a Greyhound, an Old English Sheepdog, a Doberman and a German Pointer – although not all at the same time. My mum might have been easy going, but she would have drawn the line at that, I’m sure.

At the time, we also had our own family pet dog, Tramp, so it’s no surprise that I’ve grown up to be something of a dog lover and enjoy it when pets pop up in a novel. They can be a great tool for showing another side to the characters in a book.  Despite my dog bias, it’s cats who have appeared in my last two novels. Okay, the first time in Closing In, Scruffs only had a cameo role but in that one paragraph, he allowed the reader see the not quite so nice side of one of the characters. Don’t worry, no harm came to Scruffs.

In The Half Truth, my heroine, Tina Bolotnikov had a pet cat called Rascal who wasn’t there to show another side to Tina, but he helped her solve a couple of mysterious happenings in the house. Rascal in the book was directly taken from a real life Rascal, belonging to my friend and Romaniac pal, Laura E. James. When I visited Laura last  year, Rascal and I became firm friends so it was a natural choice for my character’s pet.

My current WIP has a dog in it – he’s a terrier, although I haven’t made up my mind what breed of terrier, so far he’s been a Jack Russell, a Highland Terrier and an Airedale. He’s been really useful as my hero confides in him and tells him a few things that he wouldn’t necessarily want anyone else to know.

Anyway, I thought I’d share a few photos of my own pets, past and present.

I have news…
A little trip down Memory Lane with my mum today. Lived in this little Fenland village for a few years when I was young. Nice to see the village school still there. Nice memories.