THE GIRL WHO LIED is published today and I couldn’t write a book set in Ireland without  acknowledging the country or a nod to my mother-in-law, Monica, who hailed from County Cork, but sadly passed away 18 months ago.

When I was writing The Girl Who Lied, I regularly referred back to how Monica would say things so that the dialogue sounded as authentic as possible. My husband has a large family in and around the Cork area, so conjuring up their accents and dialect was also an important part of the writing process. I also picked the brains of a few Irish authors I know to check details, such as, the education system and colloquial terms for the Irish Gardai as I would hate any little slips to take the reader out of the story. Of course, it’s here where I say any mistakes are entirely mine.

My other vital piece of research came in the form of Google Earth, where I could happily roam the Irish coast and surrounding areas to give my fictional village of Rossway a realistic feel. My mother-in-law’s father was from Kinsale and I’ve seen a photograph of the cottage where they lived. It was this that gave me the inspiration for the old croft which appears in The Girl Who Lied.

Keeping on the Irish theme, coincidently it was my youngest daughter’s First Holy Communion last weekend. I know Monica would have loved to have been there and in her honour, I made chocolate Guinness cakes for the adults, together with some little non-alcoholic cupcakes for the children.  I used Nigella Lawson’s recipe for the Guinness cakes which you can find here. I don’t profess to being a contender for the Great British Bake Off, but I was pleased with the results and everyone said how nice they were. I’m pretty sure no-one had their fingers crossed! 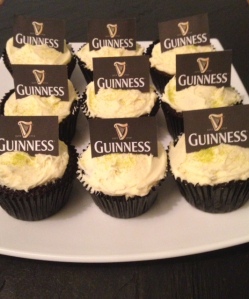 Autumn leafy lane 🍁 🍂
Paperback going off to print tonight. I have a gorgeous quote on the front cover from @mandybaggot