The Romantic Novelists’ Association are celebrating their 60th anniversary this year and I’m delighted to have Jane Cable on the blog today to talk about romantic suspense. 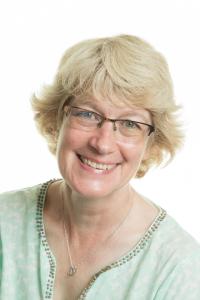 Romance and romantic suspense comes in many forms, not just the hearts and flowers relationships but the toxic and damaging ones too, how would you describe the romance included within your novels?

The relationships themselves may or may not be damaging, but my main characters almost always bear some pretty serious scars. When I first started writing ten years ago I was told numerous times that people with mental health issues couldn’t be romantic heroes (or heroines) but I stuck to my guns and thankfully that’s changed. With The Faerie Tree in particular, a book about fractured memory, I wanted to show someone who’d had a pretty major breakdown could turn their life around and then find love.

Is it as straightforward as calling it romance?

Romance is rarely straightforward in real life so I’m not comfortable when it is in fiction. My author brand can be summed up by the phrase ‘the past is never dead’, and that can either mean the characters’ own pasts or the past in general, because although so far my books have all been contemporary I love a nod back over my shoulder at history. And also a touch of ghostliness.

All those elements are present in Another You: Marie, who is scarred by her poisonous marriage, meets a charming American soldier during a D-Day re-enactment but it soon becomes clear nothing is quite as it seems. Is he an echo from the past, or is something altogether more sinister going on? The romance and the mystery are inextricably tied together so unfold together, which is the way I like it best.

What is it about romantic suspense that draws you to write it or include it in your books?

It’s a purely personal thing, but I like a book to have more to it than a boy-meets-girl story as very few of those hold my attention. I also love writing a mystery; working out how and when to drop the clues and the various alternative explanations for what the reader sees on the page. The really odd thing is never knowing how well you’ve pulled it off until someone else reads the book – it’s a fine balance to strike between being too subtle and altogether too obvious and I love a challenge.

What sort of balance between the romance element and the suspense element do you have?

My books are definitely relationship led. I love exploring characters and finding out what makes them tick and how they react to in different situations. But a big part of that is how they deal with the unusual – or down right inexplicable – in their lives, and how they explain it to themselves. When you’re asking readers to step into the unknown I think it’s very important for the characters’ reactions to be realistic and credible.

Do you come up against any regular misconceptions about the genre and how do you dispel these?

Sometimes I’m not always sure what it means myself! I think the main problem is readers don’t realise how broad a church romantic suspense is, and think of it as solely crime or thriller based. Family mysteries are very popular too, crossing over with psychological fiction or noir, but there are also ghostly books, erotica and titles which are largely romance with just a twist of mystery thrown in. As a genre it’s really quite baffling and I wish there were better ways to describe it.

Sometimes the hardest person to save is yourself…

Marie Johnson fell in love with The Smugglers pub when she first moved to Dorset with her husband, Stephen.

But when Stephen’s wandering eye caused the breakdown of their marriage, and the costs of running the pub started to mount, Marie felt her dreams crashing down around her.

With local celebrations planned for the 60th anniversary of D-Day, Marie is hopeful things will turn around.

But she could never have predicted the ways her life will soon be changed forever.

A charming American soldier walks into Marie’s life, but it becomes clear nothing is really as it seems…

Why is Marie suddenly plagued by headaches? Is her American soldier everything he seems to be?

Or could the D-Day re-enactments be stirring up something from the past…?

ANOTHER YOU is a moving saga of family life in the 21st century which draws on the horrors of combat, both in modern times and the Second World War. It is a heart-warming tale of one woman’s fight to reclaim her identity and discover what really matters to her.