It’s week three of the Romantic Novelists’ Association‘s February celebrations for their 60th year and today I have romantic suspense writer Helena Fairfax with me talking about her views on romantic suspense. 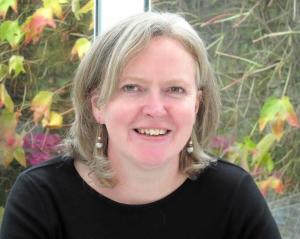 Romance and romantic suspense comes in many forms, not just the hearts and flowers relationships but the toxic and damaging ones too, how would you describe the romance included within your novels?

Most of my novels are contemporary romances and are on the ‘heartwarming’ side. For In the Mouth of the Wolf, I had to take a different approach to building the relationship. In order to do this, I created a lot of mystery around the character of the hero, Léon. This mystery tests the heroine’s trust in him. The relationship itself isn’t toxic – it’s the people around Léon who introduce doubt.

Is it as straightforward as calling it romance?

In a romance novel, the conflict lies within the characters themselves – that is, what is it that is keeping the hero and heroine apart, even though they are made for one another? In a romantic suspense, there is an extra layer of conflict in the mystery or thriller element. The hero and heroine are doing battle, not just with themselves, but with outside forces. This makes it not as straightforward as calling it romance.

What is it about romantic suspense that draws you to write it or include it in your books?

I had enormous fun writing In the Mouth of the Wolf. The rest of my novels are ‘straightforward’ contemporary romances. In some ways contemporary romance is a lot more difficult to write. As I mentioned above, the tension has to come from within the characters, and the narrative is character-driven. Finding a credible reason to keep two people who are attracted to one another apart in the 21st century is extremely difficult to do, as is keeping up a page-turning quality. Readers know how a romance will end. Keeping them guessing on howit will end requires a lot of skill.

In a romantic suspense, the tension comes not just from within the characters but also through outside forces, which means the story is more plot-driven. In some ways this is easier to write – and in other ways, much harder. You have to make sure you are giving equal balance to the developing love story and the battle against ‘dark forces’.

I enjoy writing contemporary romance and romantic suspense equally. They both have their attractions.

What sort of balance between the romance element and the suspense element do you have?

Because I write mainly contemporary romance, In the Mouth of the Wolfis probably weighted more towards the romance element than the suspense. The ending feels more like that of a romance than of a thriller. This may be because the hero, Léon, became my favourite of all my heroes as I was writing the book. After all the suspense, I wanted to give both hero and heroine the ending they deserved!

Do you come up against any regular misconceptions about the genre and how do you dispel these?

I come up against misconceptions about the romance genre as a whole. When it comes to romantic suspense, some people seem to think the genre can’t be taken as seriously as ‘proper’ crime novels. I don’t understand why this is. There are some highly romantic heroes in crime novels – e.g. Adam Dalgliesh, in the P.D. James books, whose romantic relationship with Cordelia Gray is strongly hinted at.

To dispel misconceptions, I’d recommend people read some of the great romantic suspense writers. There are many, but two of my favourites are Mary Stewart and Janet Evanovich.

When actress Lizzie Smith is asked to stand in for a real Mediterranean princess, she’s thrust into a world of intrigue and danger. Alone in a palace by the sea, isolated from her friends, Lizzie is forced to rely on her quiet bodyguard, Léon, to guide her. But who is Léon really protecting? Lizzie … or the princess?
On her return to Scotland, Lizzie begins rehearsals for Macbeth … and finds danger is stalking her through the streets of Edinburgh. Lizzie is once again forced to turn to Léon, for help – and discovers a secret he’d do anything not to reveal.
From the heat of the Mediterranean to the atmospheric, winding streets of Edinburgh, In the Mouth of the Wolf will take you on a journey of mystery and romance. Perfect for fans of Mary Stewart.

Delighted to share details of my next Suzanne book which is due out 21 July and currently on #Netgalley for early review.
Looking forward to sharing new book details on Monday.